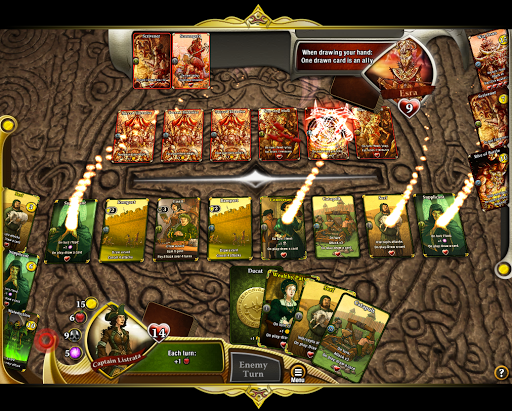 War of Omens Deck Builder Collectible Card Game (air.com.c5games.WarOfOmens) is a Card Android Game. This application has age restrictions, the recommended age for using 13+ years. The latest version has been installed on 10,000+ devices. On a five-point scale, the application received a rating of out of 10.0, a total of 2095 people voted. 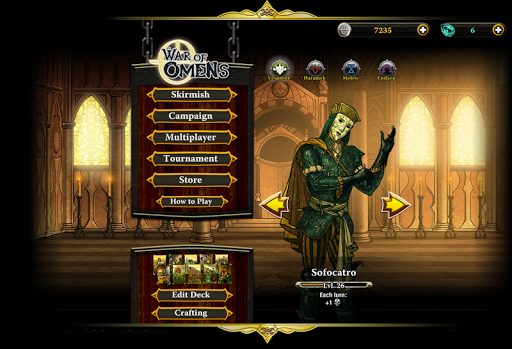 You hold all the cards to build your decks and go to war! Fight on the battlefield with knights and beasts, behind the scenes with rumors and conspiracies, or go right for their wallets with embargoes and predatory lending! Delve into a world of mystery, intrigue and magic with four separate factions, each with different mechanics and a variety of heroes for you to unlock and play. Let your style dictate how you want to win as you collect cards that continuously change how you can play the game.

WAR OF OMENS features a unique deck building mechanic that enables you to do a multitude of actions per turn. Engage in fast-paced, real-time combat with other players. Collect, win and craft cards to assemble a powerful deck to prove your dominion over your opponents.

CHOOSE YOUR FACTION
Play as the rich and ancient Vespitole, the ruthless and savage Daramek, the mysterious society known as Metris, or the reclusive and powerful Endazu. Each faction has their own heroes, their own cards, and their own unique play style. Unlock over 20 different heroes as you navigate the dark fantasy world of WAR OF OMENS®.

FEATURES:
• Unique deck building gameplay mechanic
• Competitive player vs. player strategic combat
• Choose from 4 separate factions and over 24 heroes, each with their own special abilities
• Collect, win and purchase cards to dominate over your opponents
• Engage in Campaign Mode to learn about the history of your heroes
• Beautiful hand-drawn and original artwork

Choose your faction, engage in epic PvP card battles and solidify your dominion over all. Play WAR OF OMENS® today.

More questions? Chat with other players and the developers at the links below:
Reddit.com: https://www.reddit.com/r/warofomens/
Discord: https://discord.gg/jRW8QYx